The changing world of leather

The changing world of leather

In the past, it was often said that there was no waste or disposal for leather. This could be true in the past, but will it be the same in the future? Now is the time to face such problems. Until 2015, the leather industry believed that the need for leather would always help supply raw materials, so a price increase would be guaranteed. But why has this changed these days? 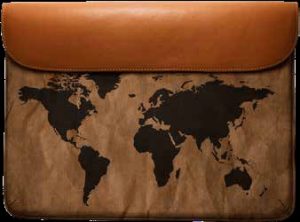 The expansion of tannery capacity and high oil prices led the meat industry to consider increasing value added and profit margins. Any warning in this regard was considered pessimistic. In those days, the growth in global consumption of leather goods ensured the endless growth of price increases. Any correction in this process could be a short-term error, not a failure in the process.

But how was the picture proven? The idea that leather can be replaced with other materials has never been taken seriously. Leather has always been considered a special luxury material. However, this was not the case, and it was only true when it was used to make a luxury item.

Apart from that, leather is a material with special properties that has been used by humans for centuries. Until recently, most people thought that a real shoe should be made of leather. This could be true when the alternatives were only plastic, canvas, felt or rubber. Historically, the price of leather and its need in the past has been significantly lower than it is now. Some believe that in the current situation, leather will adapt to the new conditions at the right time. 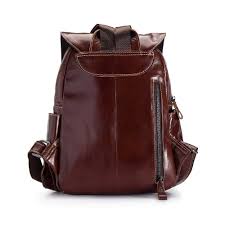 Of course, this is possible, but the difference now is that in the past, the business cycle was based on price factors, and leather was not considered a consumer item. Cycles were driven by economic reasons rather than changes in consumer interests. If prices were too high, demand would fall. If the product was very attractive, the price would go up. This simple supply and demand was a normal market stimulus.

The dilemma of well-known brands and brands

The culmination of this challenge was in 2015, when leather prices were high all the time. At the time, brands were at a crossroads. They needed a steady growth to ensure earnings and pay dividends to shareholders. On the other hand, they needed to create a margin for capital growth or an increase in this margin. If they had accepted the increase in leather prices at that time, the increase in retail prices would have met with a strong consumer reaction. At the same time, the chemical industry was making great strides in the production of synthetic plastic materials, which were much more similar to leather than those used in the past.

The leather industry, believing in natural leather as the best material, could not take this issue seriously enough, which is somewhat understandable. In addition, there was a change in the way people dressed, which allowed non-leather shoes to be sold more.

The life cycle of leather products became shorter and the increase in people’s purchasing power increased sales. Recent predictions based on the global economy confirmed the continuation of this growth. That’s why the increase in the use of synthetic plastics since 2017 has reduced the demand for leather and the non-sale of leather materials. 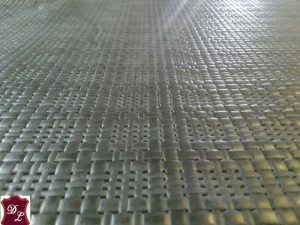 Another effective factor in the demand for leather is the automatic production industry. Shorter life cycles and the expectation of the consumer to achieve anything new within 48 hours and the possibility of returning them in case of change of opinion, without paying any money, caused the leather industry to lag behind this competition.

The leather industry does not want to accept the fact that the world is changing, and this will not only affect companies but also the entire industry. As far as shoes are concerned, the model of clothing has changed over the years, and the idea that good shoes are shoes made of leather has disappeared. It has been proven that shoes made of new synthetic plastic materials are good enough to keep consumers satisfied. The fact that these products are harmful to the skin and their life cycle is only a few months is not important for the consumer, because their price is reasonable and they can be easily discarded and bought new shoes.

Despite the efforts of organizations such as PETA to persuade the world to stop eating meat, with the increase in living standards, more people tend to use meat. If the skins of slaughtered animals are not turned into shoes or other leather products for meat, are they simply discarded?

Once the shoes look good and the price is right, it doesn’t matter what kind of shoes they’re made of.

Shoe manufacturers have always been in favor of materials made on rolls, because in this case the materials are completely uniform and free of defects. The problem with leather is that it has a non-uniform shape and not all parts are of the same quality and can also have defects and cuts.

Therefore, in choosing between the same prices, most consumers, except vegans, will still choose natural leather shoes. However, despite some people’s claims to confuse consumers, there is no substitute for leather.

Two major shoe brands, Nike and Eco, decided to use human-made materials with leather. The two products were Flyleather (Nike) and Dyneema (Echo). Nike says the materials are mostly made from tanning process crumbs, possibly chipped and discarded by Wet Blue, which have been bonded together with the help of some resins. Of course, this is not a new idea and has been used for years to produce shoe insoles. Advertisements claim that these new materials are better than previous alternatives. If the properties of these materials are as they say and the price is competitive, time will tell whether these materials or similar materials are what many manufacturers want.

On the other hand, if Nike and Eco use WhatsApp chips, they should buy these chips from tanners. So tankers that provide the resources they need are also involved in spreading these new materials and damaging their industry.

Today, leather is an interesting natural material and the product of new tanning techniques, and it has better quality and stability than before, but the main problem is that although tanning technology has changed, their way of thinking is to provide the raw material cycle. Acting, not changed. Given that the old supply and demand cycles are no longer being applied, new ideas and perspectives are needed for leather to be able to compete. 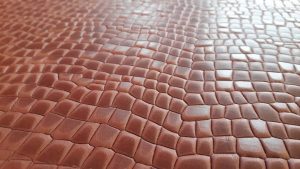 In September 2017, Nike unveiled a product it called a super new material. These materials were made of fine fibers and leathers chips. This sounded the alarm for many in the leathers industry. The problem was snot in the materials introduced, but in Nike’s claim that they looked and looked like leather.

Leathers chips are collected from the palms of the hands and combined with synthetic fibers and textiles. These materials then undergo a completion process before becoming rolls. Nike says it uses at least 50% recycled fiber.

Tony Bignell, vice president of shoe innovation, claims that the material is quite similar to full-face pigmented leather, which has been used in championship shoes before. Despite this claim, what Nike has created is grafted leather, which is much weaker in quality and durability than natural leather.

Nike also has a number of unsubstantiated claims about the environmental impact of these synthetic materials. They insist that the carbon effect of these materials is 80% less than the leather production process. Immediately after the claim, World Footwear magazine asked about the number and asked Nike to explain how to get it.

In response, Nike said the figure was calculated by Oakdene Hollins and PreConsultants, a consulting firm, and had not yet commented on how the 80% was calculated.

In 2013, the European Commission presented a project to analyze the environmental impact of a wide range of industries, including the leather industry. The group concluded that, on average, 88% of the environmental effects (carbon effects) of lactating cows enter the milk, and only 12% enter the meat. Therefore, an animal that enters the slaughterhouse from the food cycle has only 12% of its carbon effect. Given that the slaughterhouse inevitably uses economic methods, only 35% of it will be leathers. Thus, the share of carbon-based leather in the Cattle Model Group’s project is approximately 0.4% (four tenths of a percent). This is a complex issue, but Nike consultants are certainly aware of it. OakdeneHolins has not participated in any leathers projects, but PreConsultants has participated in the European Commission project.

One can only assume that if PreConsultants has provided such a method to Nike for these new materials, Nike has decided to do the calculations on other grounds that the carbon effect of these materials will be 80% less than leathers. Nike claims that they are five times more durable than traditional leathers, given the performance of these new materials.

In response to a question about the shoe world, the company said that the claim was based on tests performed by the SGS agency, which tested the bonded material against leathers with a full face.

After 5,000 rounds of abrasion, both materials were examined for weight loss and appearance abrasion. Although Nike was able to prove that the abrasion resistance of these materials is better than natural leathers, this test is not accurate enough to prove its durability. Because in fact, these two characteristics have different functions, and increasing the abrasion resistance does not necessarily mean an increase in durability, and it is very unstable.

Dalir Leather Industry, with more than half a century of experience in pioneering and upgrading leathers in Iran’s leathers industry, has tried to use the latest and best materials and designs in leathers production to increase the strength and quality of leather.

Deputy Director of the Institute of Chemistry and Petrochemical Research, Standard Research Institute

سوالی دارید؟ Do you have any question?!

We usually respond in minutes 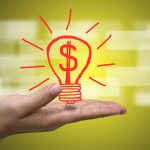