Researchers at Amirkabir University of Technology are working to use environmentally friendly coatings to process leathers that delay flammability. According to ISNA, Ms. Seyedeh Farzaneh Tabatabaei Hosseini, a graduate of Amirkabir University of Technology and a implementer of the project “Synthesis of water polyurethane dispersants, self-propelled barrel, flame retardant for covering leather“, said: To clean up the air, in 1970, along with many recently enacted laws in European countries, it forced all the coating and dyeing industries to reduce the release of organic volatile compounds.

“As a result of these laws, manufacturers are looking for ways to remove organic solvents from coatings and paints,” she said. Fire, toxicity, etc. were encountered. 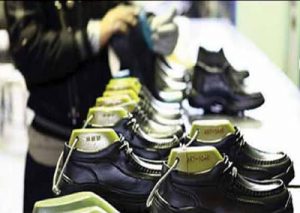 “In recent years, polyurethane diffusers have attracted a lot of commercially available water, especially in the field of coatings,” she said. High-risk air considered insignificant viscosity at the same time as high molecular weight and cheaper.

According to a graduate of Amirkabir University of Technology, various processes have been developed to provide water-based polyurethane dispersions. Ms. Tabatabaei pointed out that dust is one of the most widely used applications of polyurethane water-based dispersions in the leather finishing industry, and said: It slows down.

She said: “However, in many applications of leather products, water resistance is one of the most important properties. In addition, today the improvement of leather goods against ether is especially widespread in the furniture, automotive and aircraft manufacturing industries. She insisted that most research on polyurethane dispersions today is based on the treatment of physical-mechanical, thermal and heat-resistant types of water and their solubility. Other polymers are obtained.

Ms Tabatabaei stated: “In these systems, due to the need for heat source or radiation, the limitation of the user opportunity of the connecting component and also in most cases the toxicity resulting from the second component such as Aziridine, their practical use is limited.” To this end, in recent years, much attention has been paid to the construction of polyurethane diffusers for self-heating water at ambient temperature by the hydrolysis and compression process of alkoxy-silan groups.

She added that the main challenges in the synthesis of polyurethane dispersions are self-priming siloxane, controlling important process parameters (humidity and temperature) during construction, as well as maintaining a cautious balance between the degree of cross-linking and the content of hydrophilic groups. In addition, the inherent fire of polymeric materials causes numerous annual and financial losses. Ms. Tabatabaei continued: “For this reason, in recent research, much attention has been paid to the specific treatment of polymer delayed polymeric substances.” Studies in this area have shown that in the midst of flame retardants, phosphorus-containing and halogen-free compounds have been found to be more prolific due to their high efficiency and lower smoke and toxic gas processing.

“Nearly 7 percent of a scientist’s oil and gas resources are used to make polymers,” she said. “Recently, for reasons such as concerns about limited oil reserves, high crude oil prices and environmental reasons, much attention has been paid to the use of biodegradable materials in particular.” Vegetable oils are extracted.

Ms. Tabatabaei said: “Vegetable oils have attracted the attention of the majority due to their abundance and availability, cheapness, non-viscosity and high thermal stability.” Therefore, in recent years, a lot of research has been done on the use of vegetable oils as raw materials in the manufacture of polymers, especially polyurethane diffusers.

She added: “The purpose of this study is to design an innovative and environmentally friendly design of polyurethane and water-based dispensers as flame retardant coatings to complete the leather.” For this purpose, in the first phase of the study, in order to improve the mechanical and thermal properties of polyurethane water-based dispersants in order to be used in covering the leather surface, Ceylon cross-linker was used and its concentration in the formulation was optimized.

She emphasized: in the continuity of flame retardation properties and water absorption resistance, water-based polyurethane films were modified. In the end, these coatings were applied to natural leather. The continuity is explained in detail in the research and its initiative. Referring to the project process carried out in Spain, Ms. Tabatabaei said: “First, water-based polyurethane dispersions with the ability to establish a connection were made at ambient temperature, and then the structural, colloidal, surface, physical-mechanical and thermal properties were examined.”

She noted that the gel content, for example, contained 10 percent by weight of the silane binder, and 90.5 percent, which confirmed the structure of the siloxane network. An increase in the concentration of alkoxycylan from zero to 10% by weight resulted in an increase in particle size from 36.5 to 63 nm. However, the specimens were kept at room temperature for more than 12 months and no signs of settling or duplication were observed. A morphological study shed light on the healing effect of microfossil separation in the presence of alkoxycylan. In addition, as the cross-linking rate increased, the system became more rigid, leading to an increase in the glass transfer temperature, the Young’s modulus, and tensile strength, as well as a decrease in length during rupture.

Ms. Tabatabaei added: “On the other hand, the self-cooking water-based polyurethane films showed their waterproofing properties and high thermal stability, which was due to the excellent performance of the siloxane network.” As a general result, the presence of 10% by weight of the silane binding agent significantly improved the dispersion, waterproofing, mechanical and heating properties. Therefore, in the next section, the optimal concentration of 10% by weight of alkoxy silan was used to make the dispersers. She continued: “In the second division of the study, the commercial phosphorous dialer was used as a flame retardant agent of the active species to reflect with isocyanate.”

“We used castor oil as a good option to increase leathery water leakage,” he said. Therefore, the use of this oil in the manufacture of water-based polyurethane diffusers has not only led to the treatment of system dehydration, but also increased the amount of renewable food in the formulation, which is a positive step towards new concerns about the limitations of fossil fuels.

She insisted that this was the reason why we used castor oil to cover the leather: We made a pact.

She noted that the water absorption values ​​of water-based polyurethane films increased with the addition of phosphorus. However, in order to improve the drainage of the system, castor oil was used in the formulation and led to an increase in the contact angle of the water and resistance to water absorption of the films. The film’s marginal oxygen index of 8.7 percent of the phosphorus dial was 30.4 percent, with a score of 0 in the UL-94 vertical ignition test.

According to the researcher, the results of the cone thermometer test on the micro scale for examples containing phosphorus dialyses, significant reductions in heat release rates, maximum temperature in the peak release rate peak, total released heat and released heat capacity. Based on the results of the tests, the mechanism of thermal degradation of the polyurethane water-based flame retardant was obtained in part from the gas phase species and mainly from the compressed phase resulting from the establishment of the protective charcoal layer in the light of phosphorus and silicon.

The graduate of Amirkabir University of Technology added: “Finally, it can be concluded that by changing the weighted content of phosphorus D.L and renewable poly-L, water-based polyurethanes with various properties “can be used to apply ember delay coatings.

She concluded: “Finally, in order to investigate the effect of polyurethane water-based flame retardant samples containing castor oil as a cover for natural leather, some important qualitative tests were performed along with the oxygen boundary index test on coated leathers of these samples.”

Referring to the results of his research, Tabatabai said: “Based on the results of tests performed on polyurethane diffusers and films, flame retardant base containing castor oil, these samples have the desired properties for use in covering natural leather surface.” Covering films for all samples are free of adhesive with very high transparency and excellent adhesion to the lower layers of leather. Finally, in dry samples, very good brightness and water stain were reported. Also leather samples containing D.L. Phosphorus, which solves the problem of flame retardation by increasing the oxygen index (above 30%) and reducing smoke during beam ignition.

She continued: “Therefore, the results of the tests performed make the polyurethane dispersions of the self-priming water-based base a very suitable option as the delaying coatings of ember in the leather industry.”

According to ISNA, the laboratory category of this project was carried out entirely in Spain at Basque University. The supervisors of this project are Dr. Manouchehr Khorasani and Dr. Morteza Ebrahimi.