Leather Bouillon : One day, a strange traveler, while hungry and tired, arrived in Alanabad from the pain of traveling. When he arrived at the market, he was delighted with the hustle and bustle. He forgot about hunger and tiredness and started walking in the market. He saw clothes he had not seen in his hometown. He stared at the clothes for a while to find out if they were feminine or masculine. But it did not come to fruition, because the costume designers of Alanabad believed in gender balance so much that they sewed men’s and women’s clothes in the same way.

You saw the tools and equipment that were not known for their appearance, while in the land of exile, the appearance of any tool was known for its efficiency. A pot, a plate or a spinning wheel, each shouting what to do. The traveler of our story turns his eyes in astonishment and amazement until he sees a familiar scene in a corner of the market. A man in the green suit had placed a black cauldron in front of him with boiling water and pieces of leather that came to the passenger’s mind. He remembered he was hungry. So he said to the man in the green dress, “Brother, give me a bowl of this broth for a Qur’an.”

The man in the green dress replied, “To the traveler, know that this is not broth, it is pieces of leather with which I want to embroider Allenabadi shoes.”

The traveler scratched his chin and said: “I heard that the people of your country are stingy, but I could not believe it!”

A man in a green dress said, “O careless heart, tell us that we had promised not to catch anyone as a stranger and not to put him to work!” “Now that you are insisting, come and get this bowl of broth and clean it.”

Then he took a Qur’an from the traveler and put it in his pocket.

But hear from the traveler. The poor traveler first rinsed the broth to reach the meat. When he saw the pieces of leather, because in the land of exile they did not use leather for shoes and other clothes, he thought that the meat of Alanabad was like that and tried to bite the meat and cut it into pieces. But no matter how hard he tried, the meat would not break and only the sound of bitumen would come from them!

The hungry traveler looked at the meat (our own leathers) and said, “You bitch, you teapot, I paid for you and as a result I will like you.”

This story was told to me many times by my grandfather and I laughed, but when I think about my cognitive mistakes as a teacher, I realize that I have made and will make this mistake, and I have to laugh at myself first. . Of course, I do not mean that I drank leather water and bit the leather! Many of the ideas and opinions we read about other countries are leather that should not necessarily be eaten and sometimes do not work for us.

Do you know that the types of intelligence are:

Verbal intelligence: the ability to think verbally and use language to express meaning;

Kinetic intelligence: the ability to manipulate objects and physical skill;

Musical intelligence: sensitivity to the pitch of the song, rhythm and tone of voice;

Interpersonal intelligence: the ability to understand others and interact effectively with them;

Intrapersonal intelligence: the ability to understand oneself;

Leaving aside Gardner’s theory of multiple intelligences, one of our mistakes as a leather instructor is to bite into a theory that is supposed to be a shoe for us. At the same time, we are not going to shut down our thinking system just by thinking of a theorist.

Therefore, in dealing with different educational opinions of professors, first of all, it is necessary to understand that theory according to the principles and environment that led to its formulation. Second, we need to evaluate and edit it to run in our work environment, given the differences in basics and environment. Leather Bouillon

But we are not going to use a theory that does not apply to us or use a theory in a direction other than the one for which it was designed, and we are happy to use new educational ideas.

The brave leather industry, with a history of more than half a century of experience, is trying to train more than zero to one hundred leathers, and it is hoped that it will take a useful step in this direction. Leather Bouillon

(Get to know our language (Leather industry

Get to know our language (Leather industry) Browse some of our most frequently used terms to describe characteristics and processes. Leather industry (Aniline:(Leather industry Dyes and finishes that contain no pigment. When used on leather they provide a rich, clear...

END_OF_DOCUMENT_TOKEN_TO_BE_REPLACED

COVID-19 Should Not Prevent the Leather and Fashion Sectors from Moving Forward Since April, we have organised 14 hours of webinars, inviting experts on production, sustainability, business, retailing, sourcing and trends to share their expertise and experience with...

END_OF_DOCUMENT_TOKEN_TO_BE_REPLACED 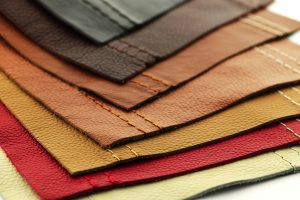 Inadequate synthetic leather (foam) is a factor in the success of natural leather natural leather : The production and distribution of low-quality leather products has increased in recent years, especially during the recession. So, we had a detailed interview with Mr....